What do Michigan, Syracuse, and Ohio State Universities have in common?  They are all powerhouse NCAA schools with high profile coaches, athletes, and stadiums.  All have won national championships in football, baseball, basketball, just to name a few. And, all of them have had to vacate victories due to NCAA sanctions against them. Most recently, Syracuse University basketball head coach Jim Boeheim will vacate 108 wins due to NCAA sanctions against Syracuse. Boeheim, by the way, is in the Basketball Hall of Fame (elected in 2005) and there are no imminent plans for his removal.

This past weekend, Alex Rodriguez joined Hall of Famer Willie Mays at 660 career home runs.  Standing at number one on the all-time list of home runs is Barry Bonds. The other players between Bonds, Mays, and now A-Rod (Alex Rodriguez) are Babe Ruth and Hank Aaron, both Hall of Famers.  In fact Ruth, Mays, and Aaron were all first ballot Hall of Fame inductees, meaning their accomplishments were enough for the sportswriters to elect them into the Baseball Hall of Fame in their first year of eligibility after retirement.  Barry Bonds is not in the Hall of Fame, although he has been eligible for 3 years now.  There are no imminent plans to elect Bonds, nor will there be for the previously mentioned Alex Rodriguez, who himself has been suspended for using performance enhancing drugs during his career, when he is eligible for Hall of Fame induction.

For that matter, there are no plans to elect any player who, like Bonds and A-Rod, are linked to the steroid or performance enhancing drug era in Major League Baseball.  The start of this era is a bit hazy.  Most sportswriters have labelled this period to be sometime in the late 1980’s although the concept of athletes using performance enhancing drugs did not receive national attention until sometime in the mid 1990’s. Players got bigger and hit more home runs.  Pitchers threw harder and harder. Statistics once thought unachievable for decades were being broken, and then broken again the following year.  The prevailing thought is that most players used performance enhancing drugs to get better, thus cheating to gain a competitive advantage and cheapening the game itself. 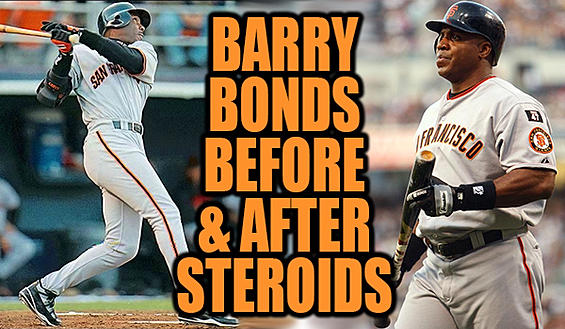 To be eligible for voting for the Baseball Hall of Fame, a player must be retired for 5 years.  The Baseball Writers Association of America, or BBWAA, then casts their votes for players to be inducted into the Baseball Hall of Fame. According to the rules, “to be enshrined, a player must be named on at least 75% of the voters’ ballots. Currently, players are removed from the ballot if they are named on fewer than 5% of ballots or have been on the ballot 15 times without election.”  If a player is not elected by the BBWAA, they may still be eligible for induction through the Veterans Committee, which is a panel of Baseball Hall of Fame members.  This panel reviews not only players, but managers, writers, and other baseball related individuals who have contributed to the game of baseball.  Again, the burden is 75% to get through the Veterans Committee.

There is a large number of players that played during the steroid era that are now eligible for Baseball Hall of Fame induction, having been retired for more than 5 years. To date, not one of them has been elected into the Hall of Fame. Bonds, Roger Clemens, Mike Piazza, Mark McGwire, Sammy Sosa – some of the biggest stars of the 1990’s and 2000’s have not been elected nor have they received anywhere near the votes to think they will be elected anytime soon.  A similar fate will face others who flourished stat-wise in the steroid era and are coming up on the 5 year requirement to be eligible for the Baseball Hall of Fame.  I have a solution, although I am not associated with Major League baseball as a BBWAA member, nor as a former player or employee of a Major League baseball organization.  Just a thought from a fan who, believe it or not, would like to see Bonds, A-Rod, Clemens, and Piazza in the Hall of Fame.

If you take the careers of the players who are associated with steroid or performance enhancing drugs, you will often find a tale of two, sometimes three careers.  It is not uncommon for a power pitcher to reinvent himself when his fastball drops from 95 to 90. Similarly, a home run hitter who loses some strength and flexibility over time can become a valuable RBI player by cutting down his swing and hitting doubles and singles.  A player’s rookie year to about halfway through the player’s career is filled with achievements, tons of athleticism, and a certain fire for the game that usually presents when the player is younger.  As a player ages, injuries are more common and the player has to be more aware of diving for balls or stretching themselves past their limits on the mound to prolong their careers.

It is at this precise juncture in the player’s career that they often wrestle with the question: Should I retire with the body God gave me or can I prolong my career through some artificial methods?  For some players during the steroid era, the choice was clear – retire.  For others, the choice was clear – take steroids.  Chalk it up for bad representation or lack of education or the drugs were too readily available.  What matters is the player made a choice to enhance their bodies and yes their careers by using a performance enhancing drug that gave them a competitive advantage over the players who remained clean.  And, they got caught doing it.

Now, let’s look back at the original thought about the NCAA powerhouse Syracuse University.  Jim Boeheim is in the Basketball Hall of Fame because of close to 40 years of excellence as the head basketball coach at Syracuse University. Even if you take the 108 wins he is vacating, Boeheim only drops to number 6 on the all-time wins list for NCAA college basketball coaches.  6 out of thousands to have coached NCAA college basketball over the years.  Boeheim’s consistency of winning and producing great players amongst the thousands of NCAA coaches all-time is why he is still considered a Basketball Hall of Fame member and most likely will not be removed from that prestigious ranking.  What if baseball did the same thing with these players from the steroid era?  Simply vacating statistics that were achieved illegally through performance enhancing drugs.  Here is the basis for this argument.

If you take the first 12 years of Barry Bonds career, he is a Hall of Famer.  Argue that with any BBWAA member and I challenge them to disagree.  He won 2 MVP, Most Valuable Player, awards in addition to the 1986 Rookie of the Year.  He played in 8 All-Star games.  He was the epitome of a 5 tool player – speed, batting average, power, defense, arm – and played at a level that labelled him as one of the best players of his time.  It is reported by several online sources, one of them being ESPN the Magazine, that Bonds began using steroids in 1998.  Barry Bonds stats post 1998 are absolutely ridiculous in terms of RBI, HR, Slugging Percentage, I can go on and on.  Never in the history of baseball has there been a decade of dominance at the plate as seen from the awesome display Bonds put on from 1998 to about 2007.  And now, Barry Bonds stands atop the greats as the all-time home run champion.  And, according to most, will never be elected into the Baseball Hall of Fame because of his involvement with performance enhancing drugs.  But, what if his records during the steroid era were vacated?  Would he still be in the Hall of Fame?  I say yes. 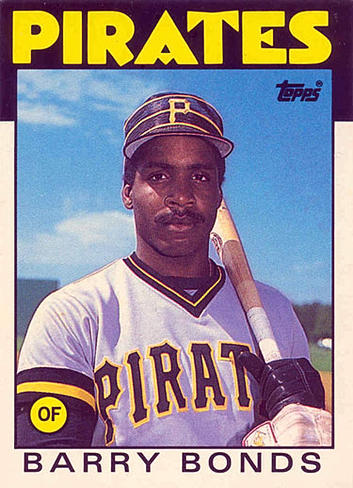 And that goes for Roger Clemens and others who had brilliant careers before the steroid era.   Clemens pitched for my hometown Boston Red Sox and he was an icon for Sox fans.  He struck out batters left and right and amassed giant win totals, even getting the Red Sox to championship series and the World Series.  He won Cy Young Awards, an award that goes to the top pitcher in either the American or National League.  Clemens was the best pitcher I had ever seen at that point in my lifetime.  By the time Roger Clemens left Boston, in my opinion, he was a Hall of Famer.  And, like Bonds, Clemens has been linked to the steroid era during the next phase of his career with stops in Toronto, New York, and Houston.  And, like Bonds, Clemens remains on the outside looking in when it comes to the Baseball Hall of Fame.  But, what if his career post-Boston Red Sox was vacated?  Would he be a Hall of Famer?  Without question, yes. 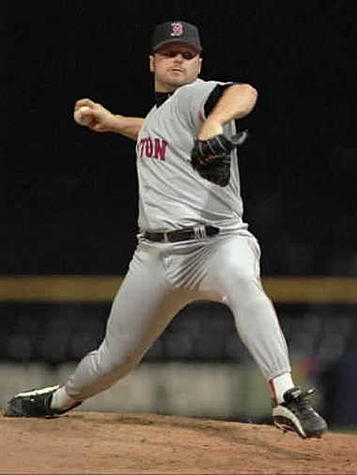 So, I pose this question to the BBWAA and the Veterans Committee of the Baseball Hall of Fame as well as Major League baseball. Once a player is eligible:

Is there a way to elect a player into the Baseball Hall of Fame that played during the steroid era?  I say the answer is YES. The big key for me as a fan is the admission of guilt.  As a fan and a father, I want to be able to show my sons that people make mistakes but also need to own up to them.  Without the admission of guilt, to me as a fan, I would say keep them out of the Hall of Fame for good.  But, by vacating their statistics during this era in which they cheated themselves and the game, you are sending a clear message that those statistics were achieved illegally and are thus to be vacated.  Personally for me, I would love to go to the Baseball Hall of Fame and see Clemens in his Boston Red Sox glory and Barry Bonds in his Pittsburgh Pirates glory.  Under this scenario, with their career statistics vacated during the steroid era and their admission to using performance enhancing drugs made public, I believe these players should be in the Baseball Hall of Fame.