Coaching youth sports is a privilege and an honor that I do not take lightly. I have been involved with youth sports as a player, as a parent, and as a coach for 95% of my lifetime. I have had coaches that yelled loudly, some were coaches of action, while others just smiled and said “good job” no matter what I or my teammates did. As a parent, I have witnesses similar type coaching styles, although listening to another parent yell at my sons has not been easy. And now, as a coach myself, I tried to be fair and honest and work hard to make my players respect the game of baseball, respect themselves on the field, and respect their families in the stands with good sportsmanship and behavior.

I thought about all the coaches I have ever had in my lifetime playing soccer, tennis, basketball, and of course baseball. One name, one coach stood out among the long list of parents and former players and yellers and screamers and all others – Joe Gilmartin. Coach Gilmartin was my North Kingstown High School Junior Varsity baseball coach in the late 1980’s. In addition to football, Coach Joe was an active member of the baseball program at North Kingstown, being a former baseball and football player at NKHS himself. He was tough and fair, emphasized good physical conditioning and sound mental focus. Coach Gilmartin praised us when we did well and coached us when we made errors. No one, not one player I can recall playing with, ever questioned his coaching style, practices, or the way he dealt with us as High School freshman or sophomores.

I have been meaning to interview Coach Joe for years about football and parenting but decided I would take a different approach. I wanted to talk to Joe about coaching baseball, coaching his sons, and what makes a good team. Joe was gracious enough to work this into his business schedule and I can’t thank him enough for his honesty and the advice you are about to read. Here is my interview with Head Football Coach and my one time NKHS JV Head Coach, Joe Gilmartin.

“I think I am a little old school in my coaching style. I have high expectations and demand respect and effort. I am not sure I did pattern my style on anyone. I learned very early that you have to be yourself or the kids would see right through you.”

Is good coaching a result of trial and error, watching others, reading books on the subject of coaching, failures as well as championships?

“I think good coaching comes from personal qualities of hard work and attention to detail. Both can be learned. I learn the most spending time with other coaches and observing or asking questions. (Clinics going to Spring practices at local colleges).”

Does a good coach have to yell and scream to get their point across?

“A good coach does not have to yell. If you do yell, it is counterproductive to yell often. The players will tune you out. There are times when everyone is working so hard and putting in so much of themselves that tempers may flair. That is when I yell. It generally comes from frustration. It is important to let the players know you care for them and you will never hold a grudge with them. If I yell at a player I am usually the first to compliment them on a later play. I go out of my way to say hello the next day to let them know that there will be no grudge and we can move forward. It is the only way the player and the team can reach their goals.” 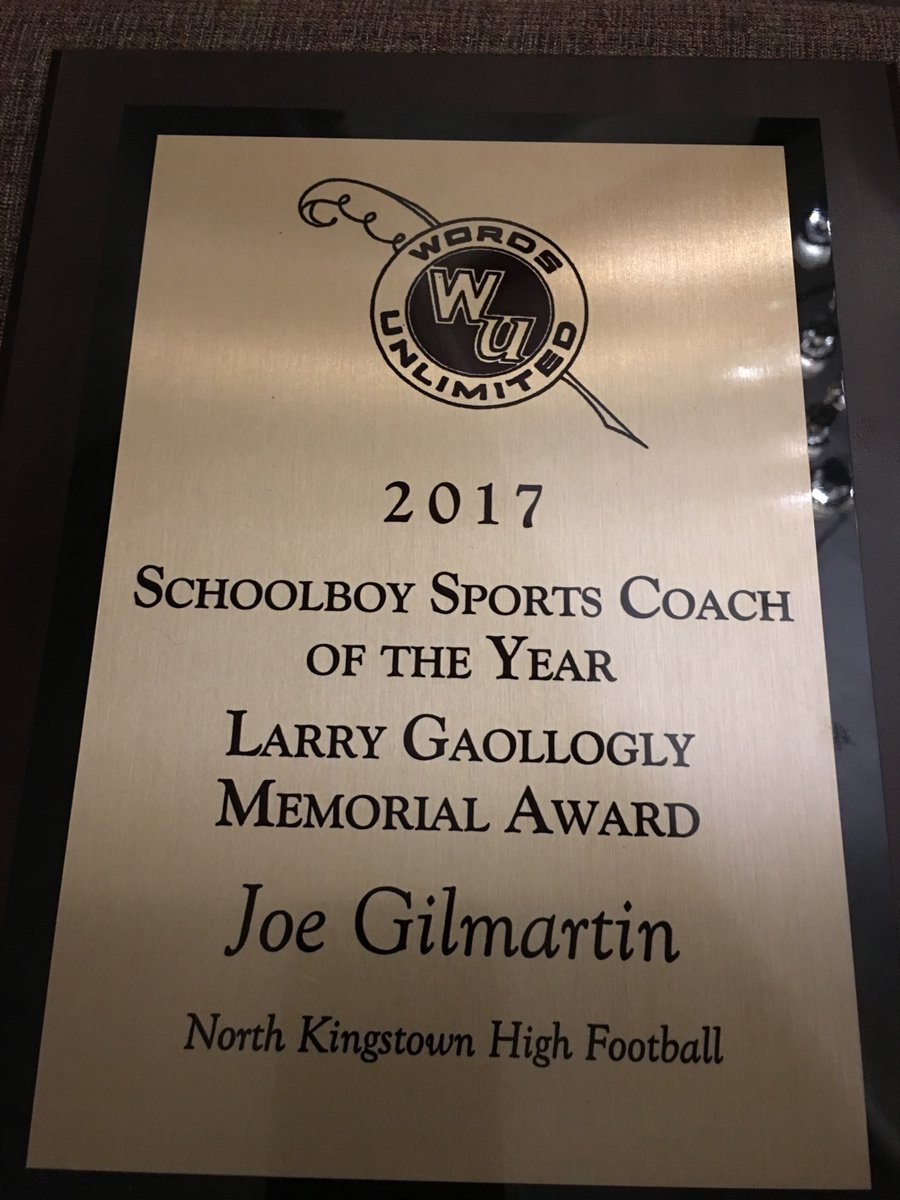 How does coaching your child affect decision making? The parent vs coach angle, has this ever been a factor in how you have coached your kids?

“If it does, it would likely work against my own child. I go out of my way to be sure there is no hint of favoritism. I have been very hard on Joe and Ben. I think the others see that and when I get on them they know it is the same expectation for my own kids. Parents may also see that. I try not to treat anyone differently from anyone else.”

What advice would you give parents coaching their son/daughter in Little League for the first time?

“I think it is important to go out of your way to establish the idea that you are there so every player can get better and achieve their goals. You are coaching a team not your children.”

“A very tough call Noel, It is hard to overcome talent. I think the most important thing is buying in to the team. A talented selfish team is not likely to win a championship. An unselfish team will always be better than the sum of their individual parts. A talented team that is unselfish can do great things. When you are unselfish the mental toughness is easier to achieve. You know whatever happens the team has your back. There is much less fear of failure and players can make great plays. They know the team has their back. If a team is selfish they always think they could have done better in a critical spot. The fear of failure increases because if you fail the other players will be critical of you and think they would have done better than you, they do not have your back. It is much harder to be mentally tough if you think your teammates will be critical of your efforts.”

Baseball and football have some similarities in terms of athleticism, hand to eye coordination. Would you say they compliment each other in any specific way(s)?

“I think most sports have carry over from one to the next. In baseball, there are certainly sport specific things that need to be addressed like hitting. The biggest thing they have in common is movement and competition. All defense in baseball and everything in football is movement oriented. Acceleration from a stop and change of direction are critical. Also, each play in football is a battle. So is each at bat or defensive play in baseball. You compete and try to win each battle. If you win more battles than you lose than you and the team will be successful.”

The multi sport athlete has been proven to be more well rounded physically than than a single sport athlete. Would you agree that by playing multiple sports, you are gaining a physical advantage over an athlete that just plays soccer or baseball or football?

“I really believe that athletes benefit from playing multiple sports. Each sport uses muscles in a different way. There is much less chance of repetitive motion injury. Athletes also learn to compete more. If they play every game in a high school football career they will compete in a game about 45-50 times total. If they also play basketball they increase the number of game days to 150-175 games. If they also play baseball you can add another 100 games over the 4 years. It increases the number of times you get mentally and physically ready to play a game. Anxiety and nervousness should not be a problem for you after that many games. My own kids have been fortunate to be multiple sport athletes and you can see the confidence grow throughout the year. I don’t think they even get nervous anymore.”

What are your fondest memories of playing or coaching baseball?

“I have great memories of coaching baseball. I particular there was a season where our JV team competed in a southern division championship game. I cannot remember what year it was. It was a long time ago. We played down at Sprague park in Narragansett and won the game 3-1. Our defense was outstanding. In the 21 outs we had 16 ground ball outs without an error. There were a few fly balls and a few strikeouts too. But, it was the fact that a JV team had no errors that so impressed me. Most Varsity teams cannot make it through a game without an error. That made me very proud of that group. As a player I was fortunate to play in the ocean state and sunset amateur leagues. It was like being a kid on Christmas everyday I got to play for those teams. The players I played with were so good and it felt great to be there with them.”

What is next up for NKHS football this spring/summer?

“Football is looking forward to the move to D-1. We have worked really hard and set the bar very high to get there. I think we are ready to compete with the best teams in the state week in and week out. Our kids have been really active in the weight room in the off season so they will be ready for the challenge.”

Thanks again Coach. We all look forward to watching North Kingstown High School football meet those challenges this fall.