The Best Red Sox vs. Yankees Game I Ever Attended

Having lived in New England for 40 plus years, I have had the pleasure of attending countless Boston Red Sox games at Fenway Park.  And, for a brief time, I lived in Brooklyn, NY so I was able to go see the Red Sox play the Yankees at Yankee Stadium (the older version).  The Yankees continue to be the one team Red Sox Fans go out of their way to mark on the baseball watching calendar every season.  Regardless of their place in the standings, these two baseball teams have built up a rivalry for LIFE.  And, the rivalry between the Boston Red Sox and the New York Yankees is generations deep and the love of one team gets passed on to the next generation of fans, almost like a genetic trait like blue eyes or blonde hair.

For my oldest son’s 10th birthday, I surprised him with tickets to Fenway Park and a Yankees game.  I remember the birthday card and the message I gave him “Spencer, here is your ticket. Box 41, Row 31, Seat 12. I am in Seat 13. Happy Birthday. Go Sox!!!”  The game was September 1, 2011.  An evening game vs the New York Yankees, who at that point in the season had virtually the same record as our beloved Red Sox.  I remember getting to the game a bit early, so I could show Spencer the “red seat” in the bleachers.  That red seat is there because a baseball was hit by my favorite player of all time, Ted Williams, into that seat (after careening off a fan) some 502 feet from home plate.  And, I pointed out the bleachers and other seats around Fenway Park that my grandfather, my uncles, my mother, and other relatives over the years may have sat in over the years.  To have that kind of history and to be able to share that with my son was just priceless. 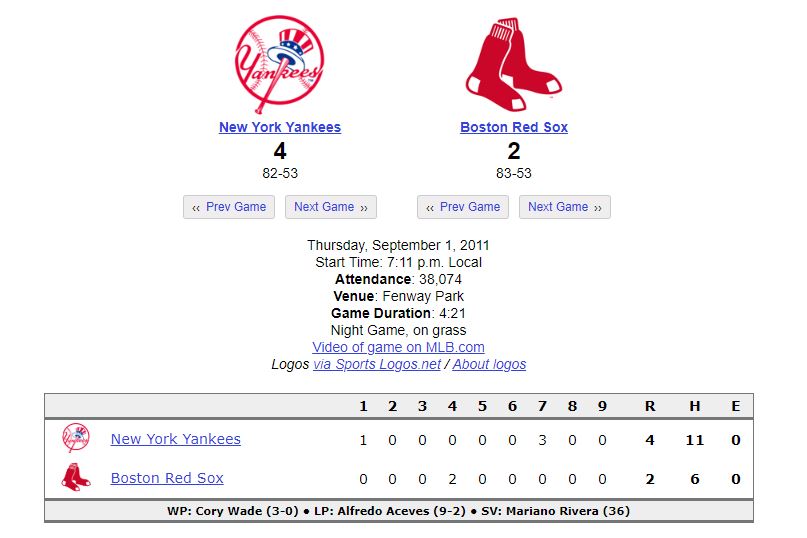 I remember just thoroughly enjoying the evening with my son, talking baseball like we did at home watching the games on TV.  But this was different – the atmosphere, the roar of the crowd, the history playing out right in front of us, all the plaques and banners and signage, the Citgo Sign as we walked from the Kenmore T Station up to the game.  We were glued to every pitch, every swing in that game.  And, for further enjoyment, a retirement party for a local Boston Fire Department Chief was taking place in the seats behind us.  Some of the most hilarious heckling, jokes, and comments were uttered in that 4 hour game by those brave men and women of the Boston Fire.  Their chief actually offered to pay for a hot dog for my son or a beer for me because of his group being so “loud and obnoxious,” to which I offered “you guys need to go on the road and do an act on Broadway with that material.”  Spencer and I just took it all in as being part of the Fenway experience. 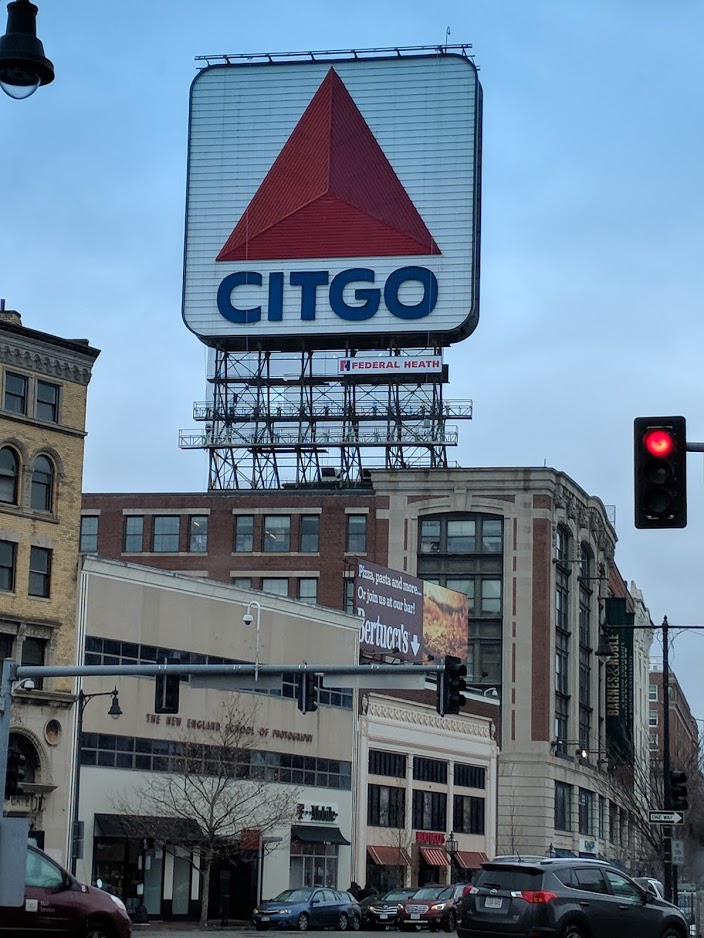 The game itself was incredibly entertaining.  Jon Lester got the start for Boston.  We were able to watch him warm-up in the bullpen before the game.  He was my favorite Red Sox player back in 2011.  And my son wore his jersey for Halloween the year prior, so that was really cool.  Dustin Pedroia had a 2-run home run in the game.  Rhode Island’s Dan Wheeler pitched a scoreless ninth inning.  Derek Jeter played amazing as always and went 2 for 4.  In the end, with the bases loaded and the Red Sox down by 2 runs, Mariano Rivera got Adrian Gonzales to strike out to end the game, securing a 4-2 Yankees victory.

But really, at that point, I really didn’t care one bit about the score.  We got to see Lester, Jeter, Rivera, Gonzales, Ortiz, and more.  I was psyched to show Spencer the Ted Williams “red seat” and tell him all about Williams and the hit.  It was a really entertaining game in the stands with the Boston Fire Department cracking joke after joke about their Chief.  The play on the field was awesome with Pedroia hitting a home run and watching Lester and Rivera pitch.  Yes, I wanted the Red Sox to win and yes, they were defeated in that particular game by the heated rival New York Yankees.  But the evening was truly an emotional win for myself and Spencer.  And it remains the greatest Red Sox vs Yankees game I have ever attended.