Sunday, October 21st, I had the pleasure of attending a very powerful art exhibit and baseball lecture held at the Bristol Art Museum.  This was not a planned visit, rather a chance encounter with a poster outside the Art Museum, as my wife and I were strolling through Bristol going to various yard sales.  What caught my eye was an action pose of one of the most celebrated athletes (baseball or any other sport) of our generation – Roberto Clemente.  I was intrigued by the poster, the title of the exhibit “Only a Game” and convinced my wife to attend with me.  Baseball and Art, what the heck. 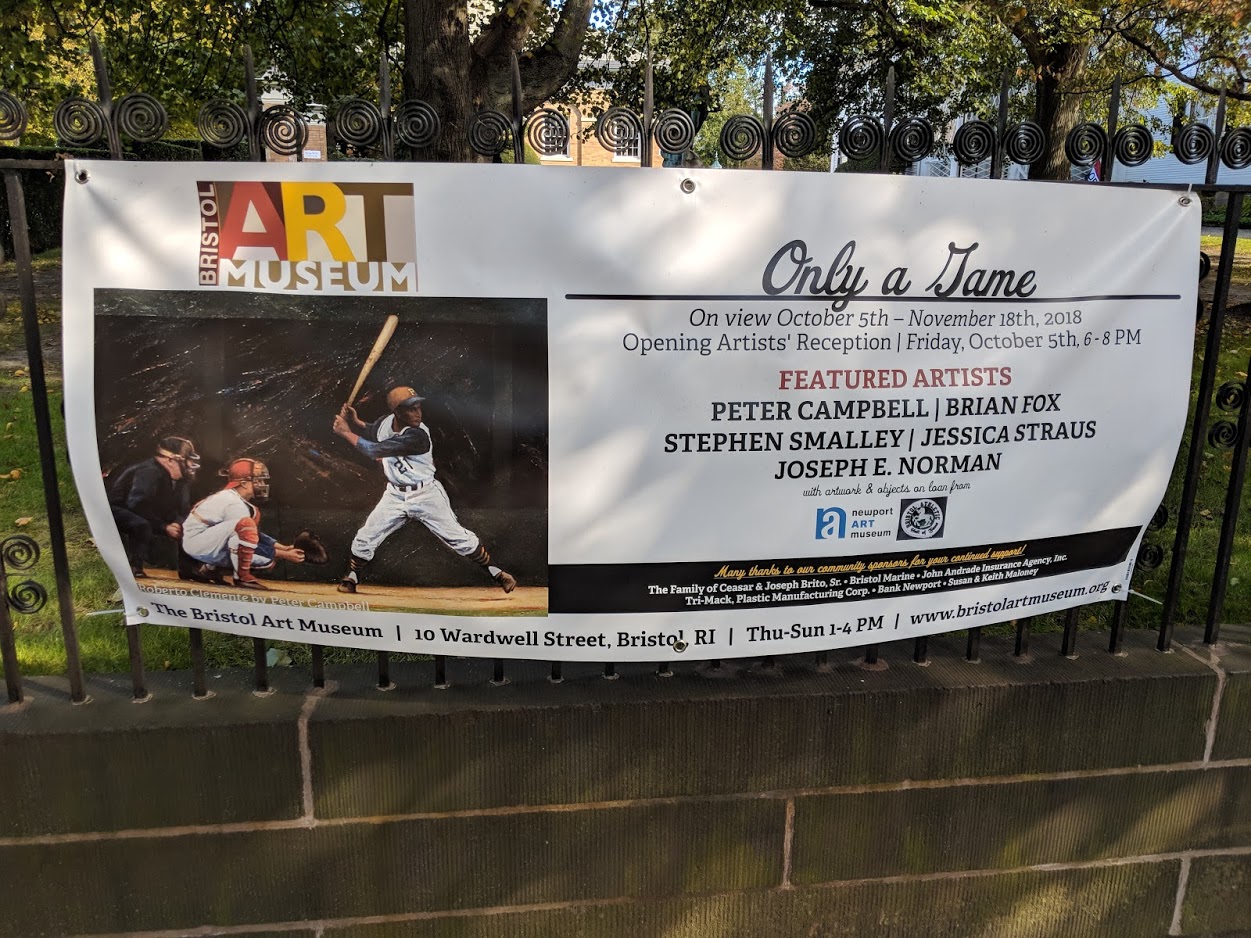 Upon entering the Bristol Art Museum, I was greeted by Jay Hurd, a baseball research expert with the Society of American Baseball Research (SABR).  My wife and I had arrived at an ideal time.  Jay was just about to give a lecture on the Negro Leagues, how it affected baseball players from RI, and the impact of racism in sports such as baseball.  And throughout the gallery, there were powerful artists’ images depicting baseball themes, the Negro Leagues, and several artists’ depictions of how racism affected the game and individual players.  I walked around and observed some incredible artwork and read some disturbing reflections on how society treated blacks, minorities from around the turn of the century until nearly present day America.  One of Jay Hurd’s comments rang true as I walked around the art gallery “This is a sad reflection of what was actually happening in the United States.  And frankly, not too long ago.”

Jay Hurd was excellent.  He had a easy going, easy to understand demeanor as he spoke to a crowd of about 20 people at the Bristol Art Museum.  Jay is part of a research committee for SABR that looks at baseball history such as the Negro Leagues, Women in Baseball, and many more interesting topics.  Jay went over the many Rhode Island baseball players who contributed immensely to the history of the Negro Leagues as well as players who played professional baseball around the turn of the century, decades before Jackie Robinson made his professional baseball debut with the Brooklyn Dodgers.  Players such as John “Bud” Fowler, Satchel Paige, Josh Gibson, and William Edward White were pioneers in some many ways.  And the racism these men and their families had to endure was just unimaginable.  What a tragic set of circumstances these great baseball players had to endure, simply because of the color of their skin.

Jay Hurd’s lecture included how the Negro Leagues hit their stride under the leadership of Andrew “Rube” Foster.  Foster helped organize a successful organization after many failed attempts starting around the turn of the century.  Jay also mentioned the role of women, not only as players, but as owners and their contributions.  The Providence Colored Grays was a well known Rhode Island based baseball team as were the The Invaders of Providence.  They played at iconic Cardines Field in Newport as well as a baseball field located at Rocky Point Park in Warwick. 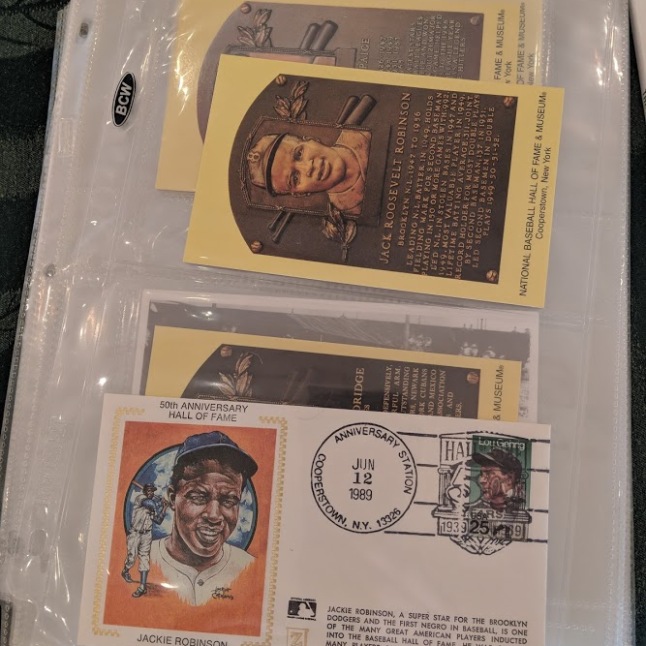 Following Jay’s lecture, I had an opportunity to meet one of the artists who was exhibiting at the museum, Peter Campbell.  It was his painting of Roberto Clemente on the poster outside the museum that caught my attention.  Peter also showed me some of his other artwork, including one of Jackie Robinson and one of Boston Red Sox outfielder Mookie Betts.  Campbell is a huge baseball fan and we chatted for awhile about baseball, family, and growing up in New England.  You can learn more about Peter Campbell by going to his website – www.petercampbellfineart.com.

It was a great lecture and art exhibit.  The powerful images of the nooses, barbed wire, and baseball bats were just incredible.  Jay Hurd of the Society of American Baseball Research gave an informed and stirring lecture of baseball, racism, The Negro Leagues, and their connection to Rhode Island.  I got to see some great books about baseball, artwork, and meet some amazing artists, including Peter Campbell.  And after learning more about SABR, I decided to join this baseball history and research organization so that I may also be a vessel for baseball storytelling.  Thanks to the Bristol Art Museum for putting on this fantastic baseball, cultural, and art exhibit.